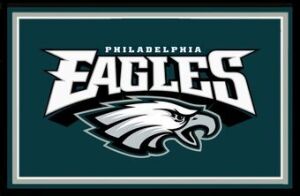 Todd M.Walters, 59, of Bethlehem, passed away on Sunday, June 6, 2021 in his home. He was the loving husband of Carol Jean (Zamiskie) Walters with whom he shared over 29 years of marriage. Born in Bethlehem, he was the son of the late Richard and Madelyne (Freund) Walters. Todd was a graduate of Liberty High School, class of 1979. He was a Sales Manager for SKF USA, Inc. for 40 years until retiring in 2018. Todd was a member of Notre Dame of Bethlehem Catholic Church and the Northwest Swim Club. He enjoyed coaching his daughters in sports while they grew up. He was an avid Philadelphia sports fan with an especially unwavering love for the Eagles. Todd enjoyed going to Ocean City, NJ every summer with his family for the past 27 years. The Walters’ home hosted many gatherings of friends and family, where Todd could be found by the quoit board.

Survivors: In addition to his loving wife CJ, he will be always remembered by his daughters Elliot Walters of Philadelphia, Grace Walters of New York City and Margaret Walters of Bethlehem; brothers Jesse Walters and husband David Traupman of Florida and Owen Walters and wife Nan of North Wales, PA and his nephew and 4 nieces. He is also survived by his canine son Jersey who will miss following him around.

Services: A Memorial Service will be held at 6 P.M. on Wednesday June 9, 2021 at the Cantelmi Long Funeral Home, 500 Linden Street Bethlehem, PA 18018 where the family will receive relatives and friends from 4 P.M. until time of the service. A memory tribute may be placed at www.cantelmifuneralhome.com.

Contributions: In lieu of flowers, contributions may be made to the American Diabetes Association, P.O. Box 7023 Merrifield, VA 22116.

To send flowers to the family or plant a tree in memory of Todd M. Walters, please visit our floral store.