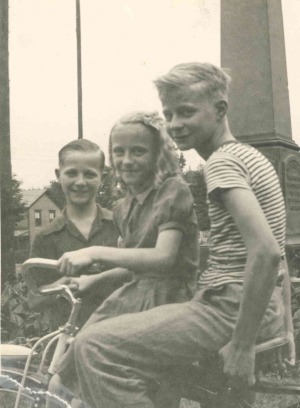 Michael Patrick Lorsong, 92, passed away peacefully on May 28, 2021.  Born in Scranton he was the son of Michael J. and Genevieve (Fitzpatrick) Lorsong. A job opportunity brought the family to Ft. Hill in 1940, where he attended Liberty High School. At age 15, he obtained working papers and began a lifelong career with the Lehigh Valley Railroad. After the school day ended, he rode his bike across the New Street Bridge to work as a telegrapher, always giving his paycheck to his mother to help support the family.  As a senior in the fall of 1946, Michael enlisted in the Army Air Corps and proudly served his country for the next three years. After service, he returned to the LVRR, working in various administrative and sales positions, covering thousands of miles in his territories of New Jersey, New York City, and the entire eastern PA. Michael had an exemplary work ethic. After retiring from Conrail, he worked locally for several trucking companies. He was a member of several transportation organizations, such as the Traffic Club of the Lehigh Valley, and Delta Nu Alpha, serving as President, VP, Treasurer and Secretary.
Michael was an avid reader and lifelong learner who never skipped the daily newspaper or 5 o'clock news. He enjoyed visiting parks and being in nature. He could identify birds by their sound and mimic their calls. Michael was a devoted family man whose greatest joy was spending time with his granddaughters, playing, reading, going for walks, drawing, racing the cars at QMart, attending their dance and band concerts and sporting events, and listening to them play the piano.

CONTRIBUTIONS: Memorial contributions may be made to East Hills Moravian Church, 1830 Butztown Road, Bethlehem, PA 18017.  All contributions will support the Freezer Ministry, which prepares and distributes hundreds of meals monthly for those in need throughout the Bethlehem area.

To send flowers to the family or plant a tree in memory of Michael P. Lorsong, please visit our floral store.