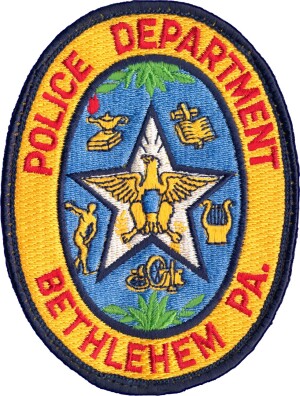 Larry C. Corrow, 81, of Bethlehem, passed away peacefully on Thursday, June 9, 2022 at Lehigh Valley Hospital, Cedar Crest surrounded by his loving family. He was the husband of Brenda Corrow, with whom he shared over 35 years of loving marriage. Born in Bethlehem, he was the son of the late Clayton Stanley and Margaret (Evans) Corrow.

Larry honorably served his country in the United States Army. He was very proud of his service, and had a lifetime love of his country. He had a long career in Law Enforcement serving 29 years in the Bethlehem Police Department, retiring as a Sergeant. Larry continued his career for 20 more years with the Northampton County Sheriffs Department. He was a member of St. Stephen's Evangelical Lutheran Church in Bethlehem.

Larry was an avid out-doors man. He founded the Buck Rub Hunting Club in Long Pond, PA. He enjoyed hunting, and in his later years just enjoyed spending time at the hunting club with his friends and family. He also enjoyed traveling with his wife and best friends, and was able to experience the beauty of Alaska on one of their many trips. He was an avid Penn State Football fan. He shared his love of the Pittsburgh Steelers with many of his children. Larry never had a mean word to say about anyone, and was a mentor to many in the Police Department. He was loved by everyone who knew him.

Services: Calling Hours will be held on Tuesday, June 14, 2022 from 6:00 to 8:00 P.M. at the Cantelmi Long Funeral Home, 500 Linden Street Bethlehem, PA 18018. The funeral service and burial will be private and at the convenience of the family. A memory tribute may be placed at www.cantelmifuneralhome.com.

To send flowers to the family or plant a tree in memory of Larry C. Corrow, please visit our floral store.

A Memorial Tree was planted for Larry

Join in honoring their life - plant a memorial tree