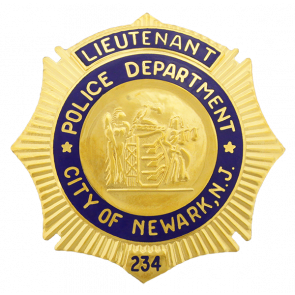 Donald Sartori, 87, of Easton passed away unexpectedly on Sunday, April 24, 2022 in his home.  He was the husband of Catherine (Santullo) Sartori, with whom he shared over 64 years of loving marriage.  Born in Hazleton, he was the son of the late James and Eleanor Sartori.  Donald was a graduate of Hazleton High School, where he excelled at football.  He honorably served his country in the United States Army during the 1950’s.  Donald was a Lieutenant for the Newark, New Jersey Police Department where he served for over 25 years, until retiring in 1986.  Among his tenure with the Police Department, he was a first responder.  Donald also led the Rapid Response to Robbery Squad that worked closely with the F.B.I. and received commendation on the floor of the New Jersey Senate for the extemporary performance of the organization.  Donald loved football and the outdoors where he spent time with the family.  In Newark, he was a member of the F.O.P. and the P.B.A.  Don was a member of Saint Jane Frances De Chantel Catholic Church in Palmer Township and the Knights of Columbus in Bethlehem.  He also enjoyed going to shooting ranges with his grandchildren.

A memory tribute may be placed at www.cantelmifuneralhome.com.

To view the live streamed services, please log into Donald's obituary at www.cantelmifuneralhome.com at 9:15Am. on Friday April 27, 2022.​

Contributions: In lieu of flowers, contributions may be made to any organization that support the local police, first responders and/or the Wounded Warrior Project, P.O. Box 758517 Topeka, Kansas 66675.

To send flowers to the family or plant a tree in memory of Donald Sartori, please visit our floral store.


Video is available for this event